Baptist Church Planting WEST (BCPW) was started in 1983 by Pastor Harvey & Lois Seidel in Idaho Falls, Idaho, as a ministry of Gethsemane Baptist Church.  In May 1984, BCPW was incorporated as a not-for-profit corporation in the State of Idaho.  Soon after, in September 1984, BCPW came under the ministry umbrella of the Fundamental Baptist Fellowship, and Pastor Seidel remained as the Director.

BCPW’s ministry and that of the Seidel’s is still being felt today, even though this organization became officially inactive in 1999.  The last BCPW missionary was Pastor Cole Howe (1998-1999) when he came as the pastor of Moab Baptist Church.  BCPW and the Seidel’s served as mentors and financial accountability sources for the Howe family.

July 2019, Pastor Howe sent a letter to Pastor Seidel requesting that he become the custodian of BCPW files, even using the name and reputation for further church planting endeavors in the West.   In addition to the BCPW name and files, Pastor Howe was also given the complete library (many hundreds of volumes) and sermon outlines, notebooks, and manuscripts (for over 50 years of ministry) of Pastor Seidel!

The purpose of Baptist Church Planting WEST remains the same as it was in 1983, mirroring that of Moab Baptist Church: to operate exclusively for religious, charitable, missionary purposes, and particularly to conduct church planting with emphasis upon teaching the Holy Bible and thus secure individuals’ trust in Jesus Christ through a religious program of evangelism, Christian education, worship, social activity, and missionary outreach; and to engage in any and all lawful activities.

Initially, the impact of BCPW will be minimal on Utah and other surrounding States; however, it’s our prayer that it will become a valuable resource of information, fellowship, financial support, and mentorship for new church works and existing churches.

Baptist Church Planting WEST became a ministry of this church on Wednesday, October 23, 2019, when it was approved unanimously by the membership of Moab Baptist Church.

If you're interested in learning more, send us an email! 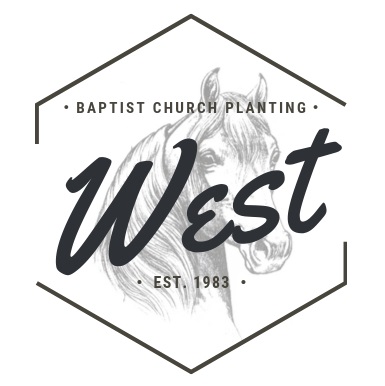